Unlike the iOS App Store, Google Play Store has an unimaginable range of apps for you to choose from. Also, it is a great platform for any developer to release their apps because it does not have tight restrictions like the App store. The range of apps and the freedom it provides for developers is one of the major reasons users prefer the Google Play Store over the App store. Riley Testut is one of those teenage legends that wanted to push the boundaries of the App Store. Just like most iPhone users, Riley is also an iPhone user.

What Riley did was, he created an alternate version of the App Store named AltStore. AltStore has access to apps that aren't available in the App store. Sometimes when you are having a quick sneak peek at your friend's phone (Android user) you wish that you had some of the cool apps that they had, and now with Riley's creation, you have a chance of getting those amazing apps that you dreamed of. It is one of the best alternative app stores.

The inside story about the making of AltStore

There are some of us who still love to play classic games like Super Mario. Riley also falls under the category of 'Classical Game Lover'. He knew that these classics will never hit the App store so he decided to build an app that supports the emulation technology which would allow Nintendo Game Boy games to be played seamlessly on the iPhone. It's a bit surprising to hear that being able to play old-school games on an iPhone was the initial drive that gave him the boost to move forward.

This emulation-based app took 2 years to be developed and the final result ended up in the form of an app named GBA4iOS. This app hit the headlines in 2014 when Apple and Nintendo decided to closed down the entire project. Although it was closed down, the app lived in the app store for some time. Riley used this time cleverly to figure out the loopholes in the App Store. After figuring out the loopholes Riley created an app named AltStore that was able to last longer than his Game Boy based emulation app.

By now, you are already aware that you are now able to access and download apps (tweaked apps and hacked games) that were never allowed on the App Store but besides that, what's cool about this app is that you don't need to jailbreak your iPhone to use it and it's free as well. This groundbreaking app was fully launched on September 28th and it is still available as an open-source project on GitHub.

AltStore became a reality because his dream of creating an emulator-based app was cut down from the root itself but despite this failure, he managed to live his dream through AltStore. He did that by creating an app called Delta. Delta is the successor of GBA4iOS and it is the very first app in AltStore. Delta allows anyone to run corresponding game files for NES, SNES, Game Boy, Game Boy Advance, and Nintendo 64 consoles as well. Riley is also working on Nintendo DS emulation and few other related projects for future updates.

The mechanics behind AltStore

There is nothing complicated about this process because it is fairly simple. Basically, this app allows you to download apps that are outside the App Store by fooling your phone into making it think that you developed an app by yourself. The thought process of the phone is that it thinks that you have programmed the app and now you are installing it to test it. Cydia Impactor also uses the same tricks, this is a tool that is used to sideload apps on iOS.

How to install and make it work

Overview of the installation process

Before anything else, you need to install AltServer, which is a complimentary app that ensures AltStore works effectively. AltServer can be downloaded for macOS Version 10.14.4 + and for windows 10 but the windows edition only has access to the beta version. AltServer uses your Apple ID to install AltStore on your iPhone and then you need to provide a specific password for the app as well (the password can be generated online from the Apple ID management portal). Afterward, you need to manually sign up. By signing up the phone thinks that you have created the app by yourself. In other words, it is the same trick that is being used as mentioned above.

Furthermore, AltStore uses your iTunes Wi-Fi to sync to make sure that the app refreshes weekly so that it won't get kicked out from your device after seven days. Riley also had his say on Twitter explaining the process of installing the app along with some useful information.

If you are still struggling to install AltStore on either of the platforms, it's better to check out this video.

Most of you are excited about this breakthrough app but at the same time, most of you have many doubts circling in your head. To clear your doubts few common questions will be answered.

How to install the mail plug-in (Mac)?

Why is AltStore not getting installed even after following all the instructions?

There are few possibilities for this to happen but these solutions have often helped to ensure that AltStore functions smoothly:

Why does AltStore freeze or takes a very long time to sign in?

What is the best way to use AltStore?

What apps are available in AltStore?

Currently, only Delta is available in the AltStore. However, additional apps can be sideloaded by you, and support for 3rd party sources will be coming soon.

How to sideload apps (.ipa files) with AltStore?

Tap the '+' button (top left) from 'My Apps' tab and then select the .ipa file which you want to sideload.

When trying to refresh AltStore mentions "Could not find AltServer", why does that happen?

What the above message means is that AltStore could not find a running AltServer on the same Wi-Fi network.

Will Apple get rid of AltStore?

Riley is fully aware that his revolutionary app could get shut down by Apple anytime. But, at the same time, he is aware that it is extremely difficult for Apple to remove the ability of independent developers to include their apps, and even if they decide to do so they will have to do the same thing for DIY (Do It Yourself) developers, schools and other organizations that build test apps both for their personal and internal use as well. Riley mentions that his app is doing the same thing as App Store so the worst action which Apple could is to shut down the services provided by the App Store. This is a self-destructing move that Apple would not look forward to and if they decide to go ahead with this move it will severely impact everyone who has an Apple ID.

The other action which Apple could take would be to cut down the ability to sync over Wi-Fi but that it is not so bad as the first-mentioned action. However, this means that you would have to plug in your phone once a week to continue using the services of AltStore. From an author's point of view, it is highly unlikely that Apple would go for that self-destructive move but there is a possibility that they may go for that second move. Nevertheless, AltStore will have a great future as more people will embrace it since it provides the level of freedom that the App Store fails to provide. 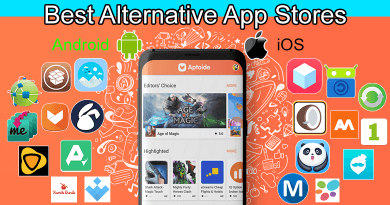 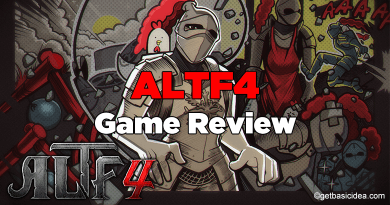 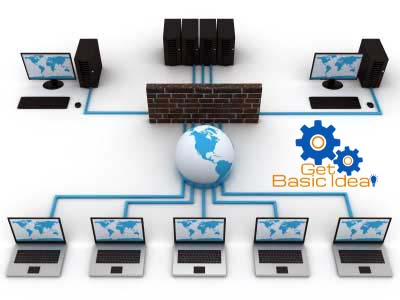