In the case of e-Money Ethereum and Ethereum Smart Contract is a famous topic to talk about. One can say that Ethereum is the second most popular cryptocurrency in the world. The first place goes to Bitcoin.

On the other hand, Ethereum is meant to be far more than just a medium of exchange or a store of value like the other sorts of Cryptocurrencies. Ethereum refers to itself as a decentralized computing network based on blockchain technology. According to the Ethereum official website, Smart Contracts are referred to as the fundamental building blocks of Ethereum. Let's have a look at Ethereum in detail.

How does Ethereum Work?

Ethereum came into the world in 2013. Ethereum is basically based on a blockchain network. A blockchain can be referred to as a decentralized, distributed public ledger that verifies and records all transactions.

According to the distribution pattern of Ethereum, everyone on the Ethereum network is getting an identical copy of this ledger. This ledger allows them to observe all previous transactions. According to the way of its decentralization a single entity cannot run or maintain the network. But by all of the distributed ledger owners.

Just like in Bitcoin, you can use Ethereum for both buying and trading goods. However, Ethereum is somewhat different from Bitcoin in that users may create applications that operate on the blockchain in the same way that software runs on a computer. Personal data storage and transaction is also possible when using Ethereum. It also helps to handle advanced financial transactions.

What is an Ethereum Smart Contract?

Even though Ethereum is new to the world, the concept of Smart Contract was not. The first one to talk about Smart Contract was in 1993, Mr. Nick Szabo who was a Computer Scientist and a Cryptographer. According to the vision of Nick Szabo, it is a place that engages in transactions and business functions without intermediaries. In his words, a Smart Contract is a literary Digital Vending Machine.

Ethereum Smart Contract is a collection of code and data stored on the Ethereum blockchain at a specific address. Smart Contracts is the unique form in which the Ethereum accounts come in. This indicates that they have a balance and can send transactions across the network.

The user does not control these Ethereum accounts. Instead, they are assigned to the network and run according to a given set of instructions. After this procedure, the user accounts can then engage with a smart contract by sending transactions that cause the smart contract to perform a function. Like the other conventional contracts, Smart contracts can set rules and have them created automatically through programming. On the other hand, smart contracts cannot be destroyed or changed. Therefore, interactions with them are irreversible.

A smart contract has logic programmed into it like a vending machine. Smart contracts can eliminate the need for intermediaries in a variety of businesses.

Ethereum does not ask permission for Smart Contract

Obviously, anyone can write an Ethereum Smart Contract and assign it to the network. All you need to do is understand how to code in a smart contract language and have enough ETH to launch your contract. Because deploying a smart contract is technically a transaction, you must pay something in return, in the same manner, you would for a standard ETH (Ethereum Average Transaction) transaction. However, the cost of gas for contract deployment is much higher.

On Ethereum, smart contracts are public and one can use them as open APIs (Application Programming Interface). That implies you can use your smart contract to call other smart contracts dramatically expanding the possibilities. Besides, these contracts can deploy other contracts.

Ethereum Smart Contracts cannot obtain real-world events as they cannot send HTTP requests to their server. This is a design on purpose. Depending on outside sources of information could jeopardize consensus, which is critical for security and decentralization.

How to set up Smart Contracts?

One can set up Smart Contracts by coding. After doing the programming part, he can add his program to the Ethereum Network. In this method he allows others to make money by following the rules of the code he created.

How do Smart Contracts work together?

How to use Smart Contracts?

How much does Smart Contract cost?

Smart Contracts are not for free. The user should pay the cost usually by Ether. When the network gets bigger, the cost also gets higher.

Visit to the previous article to learn about Blockchain Programming. 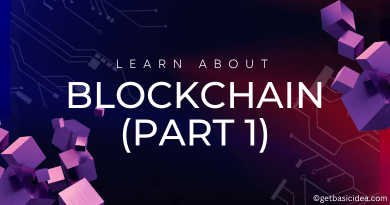